Editor’s note: Ash and Mike sat down with Morado’s editor in chief Russ Rizzo to discuss their approach to investing and where they see the current wave of tech innovation heading.

Russ: In an industry as rapidly changing as technology and with so many new startups forming each year, how do you approach seed-stage investing?

Ash: We’re in a very rich environment now where we have macro trends happening around us that open new opportunities for tech companies—things like distributed teams, digital collaboration, and telemedicine.

At the same time, we’re seeing an incredible rate of advancement in the underlying technologies that enable the types of data-fueled businesses we invest in—things like AI, machine learning, sensor technology, and edge computing, which is pushing these key technologies to the edge.

On top of that, this technology is getting much cheaper and easier to access. Now you can rent GPUs on any cloud provider, enabling you to train on large data sets easily in the cloud. Thanks to the boom in smartphones, all the parts you need to effectively run autonomous AI at the edge are readily available.

As investors we spend a lot of time thinking about these trends and the types of companies they enable. We also talk to a lot of founders to find the ones that fit our investment thesis.

Mike: I look at it like we’re surfers looking out at the ocean trying to identify that next wave that’s coming. The ocean is the data, the waves are the different applications of that data, and our companies are the surfboard riding the waves.

A question we ask a lot is, “Why now?” Why is this the right time for this tech company to exist? And for us as early stage investors, “now” really means three to five years from now. If it’s happening today, then we’ve already missed the opportunity; and if we’re too early, we won’t be able to monetize it.

Datafleets is a great example of a company that’s catching several of these waves as they converge.There’s this great proliferation of data and algorithms that are making that data even more useful because you can extract more insights from it. But you have the problem of siloed data and data privacy compounded by different rules on privacy depending on what country you’re in. We see that as a big opportunity.

It’s similar with Cargomatic, which was early in the logistics space and the application of market dynamics and digitization.

Ash: Also Lucid Lane, which is a telemedicine company that’s operating a distributed team of healthcare providers across the country. They’re working in mental health, an issue that’s in the public forefront more than ever today. Behind all this they’re powered by data and a powerful AI engine to improve patient outcomes.

Russ: How significant are these tech advancements for the types of companies you invest in?

Mike: Imagine if all of a sudden the first and second law of thermodynamics was no longer true. It would fundamentally change the way that the world existed, right? That’s what’s going on in technology now.

Around eight years ago, around the same time we raised our first fund, people in the AI, machine learning and neural net space started using GPUs to do processing for their algorithms. They were so much faster and more efficient than the CPU at doing matrix multiplication, which is at the heart of what happens in a neural network. That’s what really changed the game.

This opens up entire new industries. In some cases it’s brand new functionality. In other cases it’s functionality that existed but was constrained to a computer the size of a room and now it’s walking around your factory floor.

Ash: The rate of innovation is incredible.

One of our portfolio companies, Headroom, is improving video conferencing by giving moderators insights into how engaged people are. Their software analyzes all this video and takes note of whether people were paying attention—how long they’re looking in the camera, if they raised their hand and things like that. They initially thought it would be prohibitively expensive to do all this video processing, but they ran the numbers and realized they could offer it for free.

Ten years ago, if you wanted to analyze thousands of images looking for, say, a face, that would cost quite a bit of compute time. We’ve quickly gone from renting out GPUs on the cloud to now Apple creating its own custom chip for AI, which opens up the ability to do more custom things.

Russ: How does distributed intelligence play into all of this?

Ash: The internet of things initially was about sending things from devices to the cloud. Now more and more of these compute devices at the edge have some compute because they want to do some calculation or computation at the edge. It’s more efficient that way.

That’s where distributed intelligence comes in. You distribute intelligence—which is the decision-making—to where it makes sense.

Everest, Canvas, Zipline, and Tortuga are all examples of companies taking advantage of advancements in edge computing.

For Canvas, this means their autonomous carts can maneuver among humans in a warehouse and make decisions that avoid catastrophic accidents. They may phone home and there might be some command and control, but ultimately each car has to be able to make its own decisions. They can’t phone home to say, “Hey, should I run this warehouse worker over now, or should I wait?”

For Zipline, it means their autonomous drones can fly medical equipment from one city to another and navigate any curveballs—literal or otherwise— they might confront. For Tortuga, it means their machines can pick strawberries without human interaction, maneuvering around whatever equipment might be out in the field.

The same is true for self-driving cars. If you’ve got six cameras in a car and they’re each recording 30 frames a second, that’s a lot of data to process in order to make a decision. You have to make those decisions at the edge, which is the car.

Mike: A lot of it comes down to the application and what you’re looking to use it for.

The exciting element of the advancement of edge computing and architecture is when you look at applications on “the edge,” intelligence can be spread much farther when you don’t have degradation of decision-making the farther you get from a centralized model.

If everything you’re doing is within a single warehouse where you can place large computers and the edge isn’t far from the core, then distributed intelligence isn’t as relevant. But things like IOT, sensors, robots, and things that you want to be out there in the field operating autonomously, it’s going to be a lot more important.

We’re looking for companies that take advantage of that opportunity and push the edge out further.

Russ: Where do you see things going from here?

Ash: The sky’s the limit. We’ve gone through two or three AI winters and summers, and we’re in a pretty big summer right now—and it shows no sign of slowing down.

Mike: I think AI is going to be pervasive through everything. It’s not one of our investment criteria because we believe all companies can benefit to some degree with the application. So it doesn’t really help us as a filter for great opportunities. As time progresses, it’s inevitable everybody will be doing something with it.

Are there elements of some of the companies that we invest in that don’t have  AI that could have AI? Yes, definitely. It’s just a matter of how impactful it can be to the overall business.

For businesses like robotics and autonomous decision-making where AI is core to the business, small differentiated applications could mean huge market share gains. Others like telemedicine and edtech will certainly benefit from reduced costs, enhanced scale and better utilization of human resources, but the use of AI has yet to be the real differentiator in those product experiences.

We continue to be excited about the changing landscape and are confident this only becomes a bigger and bigger component of a company’s tech stack. 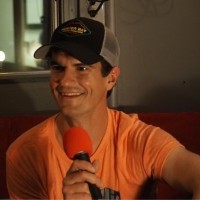 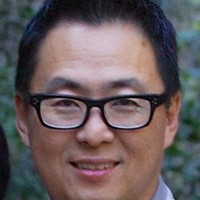 Why We Invested: Tensorfield Agriculture
Thu Aug 26, 2021
Precision thermal weeding robots save farmers money while sparing the environment from herbicides

Why We Invested: Fortunately
Thu Aug 12, 2021
A robo-advisor for the masses